So, there is a Bull elephant in the area that everyone is worried about …he is in ‘Musth’ and is therefore very aggressive and reports have been coming in about him charging people/guests on route to the local air strip … Well it was my turn this morning !!!!

As it’s my last day here in Beautiful Lower Zambezi I asked Rabi to take me out for a drive this morning to do a bit of game spotting (Rabi is the Operations manager for CLZ – Conservation Lower Zambezi) so off we went …just past the airport we came across a Bull about 100 yards from the road.

We stopped to observe (as you do) and at first Rabi didn’t recognise the Bull as the aggressive one as the Bull had just come out of the river and was covered in mud. Then, he just came at us with incredible speed and pace blowing and trumpeting really really loud … it was then that Rabi shouted to me to hold on as it was the aggressive male and we needed to get out of there rapidly … this all happened in a couple of seconds. He got really close to us (check out the photos – sorry if they are not in focus but focussing was the least of my worries at the time in fact trying to take photos whilst being charged was pretty stupid), but what was really worrying, and so out of character for elephants, is that he just kept chasing us for nearly 2 kilometres! 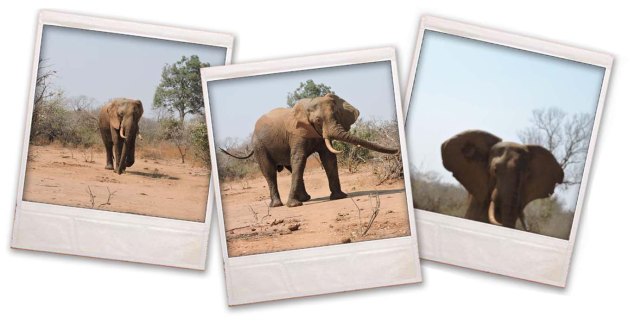 The roads are not good here so trying to keep up a good speed isn’t always possible and I could sense Rabi was worried. Anyway the Bull gave up after 2 kilometres so we just kept going. We came across another 4 x 4 coming the other way with 2 x South African girls driving, they were from a local lodge driving out to set up camp somewhere in the bush for their clients.  We stopped them and told them to turn around which they did but they told us this particular elephant had killed one of their workers 3 weeks ago and they were taking no chances. ZAWA have been aware of this Bull for two months but have said once he comes out of ‘Musth’ he will calm down …he is due to come out of ‘Musth’ any time now. 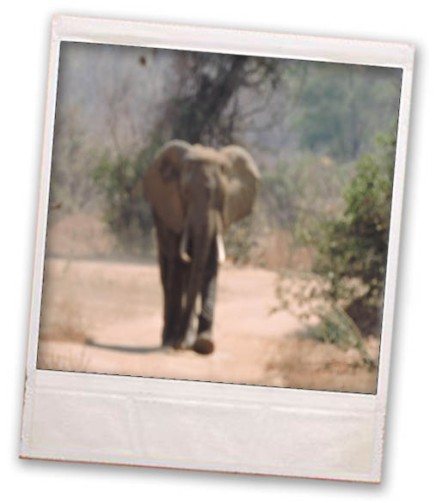